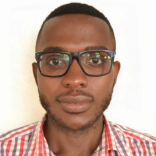 By Ollus Ndomu
Majority of Maasai women in Kenya are living in abject poverty and under cultural oppression. Their poverty is blamed on low school enrollment, early marriages, cultural barriers and poor government policies.
The percentage of school enrollment for Maasai girls has never exceeded 50 percent in the last 37 years.
Today, even with free primary school education in Kenya since January 2003, only 48 percent of Maasai girls enroll in school, and only 10 percent of girls make it to secondary school.
A Maasai girl only attains  the  highest possible level of education if she estranges herself from cultural practices.
A girl in the Maasai world is subjected to circumcision between ages of 11 to 13 and soon afterwards married to a man chosen by her father in exchange for cattle and cash. Their culture has no room for women to seek divorce, except in the most egregious cases of physical abuse. Once divorced, a woman is never allowed to marry again. A maasai girl cannot marry twice even if the husband her father chooses is an old man who dies when she is still in her teens. Instead, she becomes the property of one of her husband’s brothers. She will be one of multiple wives, and will have many children, regardless of her health or ability to provide for them.
Maasai women are still grapling  cultural oppression. Looked through the lenses of society, a woman is a beast of burdens. She is always expected to wake up early every day to milk cows, and spend her days walking miles to water holes to launder clothes and get water, and to gather heavy loads of firewood to carry back home.
Lucky ones have a donkey to share burdens. These women live a life of less physical comforts, depending on a husband and his family she did not choose. Her life expectancy is 45 years.
Non-Government Organizations (NGOs) and women rights groups have on several occasions directed their efforts towards liberating a Maasai woman. Working jointly with government, several local and international NGOs have made strides in promoting education among the Maasai. The belief is that education will help to stop female circumcision, redefine the role of women in society, promote gender equality and power balance to point out but a few.
However, the cultural pressures against women’s education are nothing short of overwhelming.
Maasai peotole are one of the most impoverished tribes in East Africa. A noble and dignified people, they have proudly maintained their traditional lifestyle and cultural identity despite pressures of the modern world.
They live a nomadic lifestyle raising cattle and goats, wearing traditional clothes, and living in small villages called manyattas, which are circular arrangements of mud huts. But increasing land acquisition throughout Kenya’s Maasailand is threatening their nomadic culture, and pressure to accept change is growing. With this pressure comes a more urgent need to educate the current generation of boys and girls.
Faced with demands to adapt to modern lifestyles,  the Maasai have devised a system aimed to preserve their culture. This system denies women basic human rights such as the right to an education; the right to control her body, the right to choose whom and when to marry, the right to express an opinion.
Their culture preserving system is seemingly winning against modern demands of change all because educational barriers have not been addressed thoroughly.
Maasai girls face many obstacles to get an education, and most of those are related to the high level of poverty in Maasailand. The cost of education is prohibitive for most families, and the promise of a dowry is a powerful incentive for arranging a daughter’s marriage as soon as she “crosses the childhood bridge.” Additionally, cultural factors contribute to preventing girls from getting and education.

Furthermore, there is a veritable soup of economic, cultural and physical factors that prevents Maasai girls to acquire an education in Kenya. Culturally, girls are not allowed to mix with boys for longer times and they have to walk long distances to access schools. 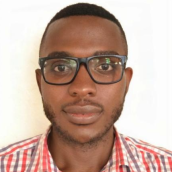 What shall Save A Maasai Woman?