Women are most susciptible to fibroids are during their reproductive years. It is unclear why fibroids form, but they appear to develop when estrogen levels are higher. Most patients experience no symptoms, but they can include lower backache,constipation, and excessive or painful uterine bleeding leading to anemia. Complications are rare, but they can be serious.

The classification of a fibroid depends on its location in the womb.

Around 1 in 3 women with fibroids will experience symptoms.

Other possible symptoms include:

If fibroids are large, there may also be weight gain and swelling in the lower abdomen.

Once a fibroid develops, it can continue to grow until menopause. As estrogen levels fall after menopause, the fibroid will usually shrink.

👉It remains unclear exactly what causes fibroids. They may be related to estrogen levels.

👉During the reproductive years, estrogen and progesterone levels are higher.

👉When estrogen levels are high, especially during pregnancy, fibroids tend to swell. They are also more likely to develop when a woman is taking birth control pills that contain estrogen.

👉Low estrogen levels can cause fibroids may shrink, such during and after menopause.

👉Genetic factors are thought to impact the development of fibroids. Having a close relative with fibroids increases the chance of developing them.

👉There is also evidence that red meat, alcohol, and caffeine could increase the risk of fibroids, and that an increased intake of fruit and vegetables might reduce it.

👉Being overweight or obese increases the risk of fibroids.

👉Menorrhagia, also called heavy periods: This can sometimes prevent a woman from functioning normally during menstruation, leading to depression, anemia, and fatigue. 👉Abdominal pain: If fibroids are large, swelling and discomfort may occur in the lower abdomen. They may also cause constipation with painful bowel movements.
👉Pregnancy problems: Preterm birth, labor problems, and miscarriages may occur as estrogen levels rise significantly during pregnancy.
👉Infertility: In some cases, fibroids can make it harder for the fertilized egg to attach itself to the lining of the womb.
👉A submucosal fibroid growing on the inside of the uterine cavity may change the shape of the womb, making conception more difficult.
👉Leiomyosarcoma: This is a rare form of cancer that is thought by some to be able to develop inside of a fibroid in very rare cases 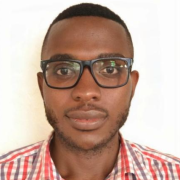