The world’s biggest chat app has become even bigger. WhatsApp on Wednesday announced that it has amassed over 2 billion users across the world, up from 1.5 billion in 2018. While announcing its new user base, WhatsApp also laid emphasis on what it does to ensure strong encryption for the app’s ecosystem and that it will work towards tightening the security. It is a significant surge for the Facebook-owned chat app that has faced criticism over its encryption policy from the lawmakers globally.

WhatsApp CEO Will Cathcart says that the company has no plans to disable encryption on its service. “For all of human history, people have been able to communicate privately with each other, and we don’t think that should go away in a modern society,” he told The Wall Street Journal.

Separately, Facebook has announced that it will integrate its four platforms – the Facebook marquee app, Facebook Messenger, WhatsApp, and Instagram. Previously, features such as Stories have been introduced to all the apps. Adding to this motive, Cathart told WSJ that the facility to extract metadata will be interoperable with other messaging apps. However, this integration will be restricted as per the messaging service. 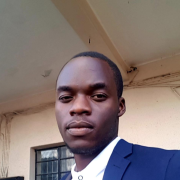