Netflix announced that its first African Original series, Queen Sono, has been renewed for a second season.

The six-episode thriller follows South African actor Pearl Thusi as the titular character, a spy fighting to protect her country and the continent as a whole, and uncover the mystery surrounding the death of her mother, a freedom fighter and anti-apartheid leader.

In the second season, we will see Queen search for the truth as her newfound need for revenge takes her on a mission across Africa. All while she deals with her family’s past and her complicated love life.

Dorothy Ghettuba, who leads African originals at Netflix, said: “The first season of Queen Sono marked the beginning of our journey to introduce the world to exciting stories that are made in Africa. It was an unprecedented representation of a strong female black lead in African television.

After the assassination of her mother, Queen Sono, played by Pearl Thusi, grows up to become a kick-ass yet unconventional spy, devoted to protecting the people of Africa. When Queen’s past, specifically the potential parole of the man in prison for killing her famous, revolutionary mother Safiya Sono comes back to haunt her, the well-trained operative finds herself torn between her career and seeking justice. Profesionally, Queen, is a secret agent for a small South African intelligence unit called the Special Operations Group (SOG) who work to protect the country and the entire continent from any kind of threat, including terrorism, corruption, and European neo-colonialism. Personally, Queen is also navigating a complicated love life with her ex SOG partner, Shandu. 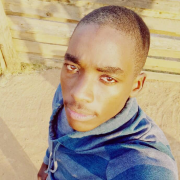 "David is a Graphic designer/writer, Lover of all things Tech,Design,music and TV Series"